Please scroll down the page to see park descriptions and games.

Each Map can be played a variety of ways, making for endless numbers of games that can be played. Stock up on lots of balls and play them ALL!!

Your Group will play each adventure separately in rotation. Just like playing individual holes on a golf course. Have a favorite? Your host will make sure you play the adventures of your choice. Most groups can fit 6 – 8 different missions into a 1/2 day and play many of them from both sides.

During MEGA Games all the fields may be in play at the same time… This is an arial view of our paintball maps. Adrenaline Paintball is well know for Great Scenario Paintball

With 20+ buildings the possibilities are endless,

Play out the D-day landing of Canadian troops on Juno Beach.  Take the beach head, eliminate the enemy snipers and push ahead to secure the enemy radar instillation.  Push! Push..  … move up, German  reinforcements arrive in 10 minutes, you have to get to that radar bunker,,  Move it!!

Capture the flag behind the enemy base to win. This is the best field anywhere to play your first ever paintball game on, it’s fun ,fast paced and there is lots of cover.

RThis is a Classic Map. One of the first cometion fields ever was “the mounds in Pitsburg. We have recreated that field and then added to it.  Consider it a maze of 8-10 foot earth mounds.  Heart stoping, intense action.  Go get thier flag and bring it homw, or  play it as 3 flags.

Another Classic field. This is how it was done back in the day of the best known players in the world. Fast paced non stop action .

This is a 26,000 square foot complex that has multiple levels and 70 feet of underground tunnels..  ITS JUST COOL!

Hill Billy or  The Moonshine Shack

The feds are planning a sneak attack on the Still,, Stop them from getting into the cabin and seeing the families money maker..

A Bridge To Far

Reserved for Big games and special groups..   get to it and control the flag on the bridge,,, This is a very challenging mission

Raise the flag in the centre of the field as many times as you can,  ENDLESS lives make this a very fast paced, exciting game.  A definite favorite!

Your patrol has gun out to search for fuel and left one player to guard the tank..   Time for the guerrillas to attack!!  Keep control of the tank, and take out the enemy base

Not shown on this map, The Chopper is down just between Tower Tag, .. In this scenario your squad is pinned down and surrounded by bad guys…   hold them off till help arrives or push through to the town to make your get away.

Speedball is one of the most competitive sports on earth. There is nothing like facing another team on the speedball field. 5 minutes af absolute Adrenaline rush. 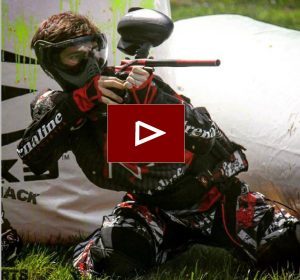